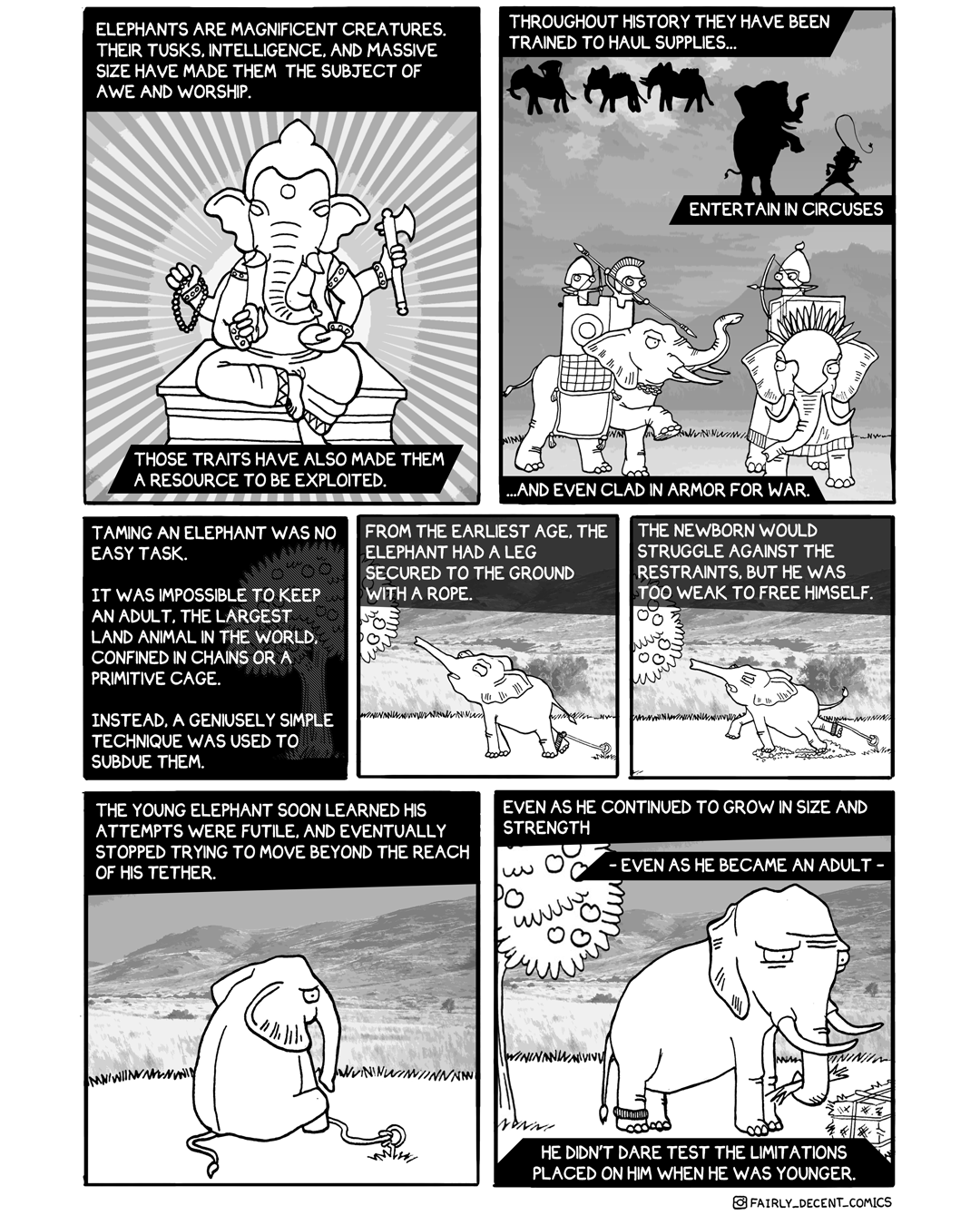 100 posts! Oh yeah. To commemorate the milestone, here’s something a little different. An anecdote about taming elephants and limiting beliefs. What’s holding you back from you what you want to do? Is it really?

When I started drawing these comics, my goal was to churn out 100 before the year’s end. I naively thought that would be enough to then start a publication, which was silly, but that idea was the spark I needed to start creating. Time to set a new goal! Thanks a ton to everyone that’s followed along so far.

I knew from the beginning that I would eventually want to publish a book of comics, and figured if I could just create 100 that would be enough to put together for a collection. That was rather ambitious, considering the quality (or lack thereof), but I reached my initial goal of “before the year’s end (2020) create at least 100 comics.”

For the last one I wanted to do something a little different by adapting an anecdote about limiting beliefs into a comic format.

I Have a book!

(And you can too) 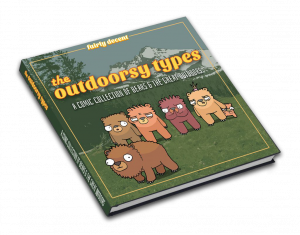 Check it out
When you order a book from my site, you get a fun

A little while ago I was listening to every Norm M